The early Christian church of 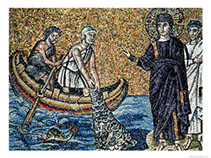 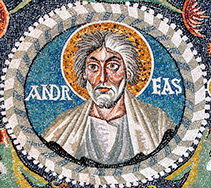 The Church of St. Andrew on Vrgada 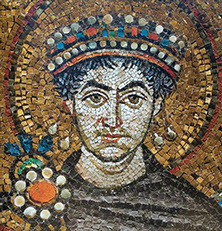 In the era of late antiquity, the economic model of villa rustica was gradually abandoned due to the crisis in the Empire. As the central imperial government weakened in general, impacting most the peripheral parts of the empire, rustic villas were being abandoned in the hinterland as early as first half of the 4th century, while those in coastal regions, especially in the south, held almost to the late 6th century. What was the fate and how long did the life in villa rustica Bošana continue, and what were  the circumstances in which it stopped functioning, these are the questions which we cannot accurately answer without archaeological research. Such data would be very important for understanding the period of Late Antiquity and the transition period to the early Middle Ages.

In the post Roman period, when the central imperial power gradually weakened and disappeared, rustic villas were visually in space slowly replaced by the basilicas, monasteries and churches. The centers of power shifted towards the cities, the state power passed to wealthy families and early Christian church organizations, which proved to be the most stable part of the state organization, became ever stronger support in forming the structure of powerful local individuals. Donations of land resources, financial support in construction and equipment of churches and monasteries were commonplace practices of the elites in late antiquity and later in the Middle Ages.

The area along the coastal region around Bošana belonged to a retired soldier from Iadera in the antique times, so it is likely that in the period of late antiquity, the country estate of the former villa rustica was the property of one of the powerful people from Iadera (Zadar). With an unknown course of events, this property was probably given to the church and then an old Christian church was built. We should not rule out the possibility that there were still farm buildings there, which had to be rebuilt for use, but now for the purposes of the church estate.

One of the first researchers of Biograd antiquities, don Luka Jelić, wrote about the existence of a small church on the site of former villa rustica. We also know that the titular of the church was St. Andrew. He was one of the first Christian Apostles, originally a follower of John the Baptist and the faith of the coming of the Messiah. He was the first to say, "Behold the Lamb of God" after seeing Jesus at the Galilee Sea. (picture 1) Also known as the First-called apostle, Andrew persuaded his brother Simon Peter to join him as a disciple of Jesus, who then became one of the apostles, too. According to the scriptures, he spread Christianity in Scythian countries and was recorded as the first bishop of Constantinople. He died a martyr after he was sentenced to crucifixion on the so-called Andrew's X-shaped cross in Achaia, city in Patras. His relics were transferred from there to Constantinople and then to Amalfi in Italy. (picture 2) It's a reliable historical fact that the feast of St. Andrew was celebrated on 30 November way back in the times of St. Gregory Nazianzus, i.e. in the second half of IV. Century. It is celebrated on the same date in both Western and Eastern Church (unless it follows the Julian calendar, then it's 13 November). St. Andrew is the patron saint of fishermen so it's not unexpected that we find a multitude of churches with St. Andrew as the titular on the east coast of Adriatic, but since he is also a protector of the Byzantine Empire this is partly also a legacy from the Byzantine period. (picture 3)

This is a list of churches dedicated to St. Andrew from a part of central Adriatic to which we have to add the Church in Bošana. Churches of this titular are not only widespread on this part of Adriatic but also along the entire coast, from Dubrovnik area in the south up to Istria in the north.

Perhaps more appropriate would be to use the fragments of stone church furniture from the Regional Museum Biograd to precisely determine the time frame as they undoubtedly originate from the early Christian period. They were found during the excavations of the Cathedral on Glavica in Biograd conducted by don Luka Jelić. The decorations on the fragments of stone baluster are boxed octagons with a floral motif (picture 5) and a cross, a style that is associated with a stone cutting workshop in Zadar which used to equip sacral structures that had architectural and structural features typical for the end of the fifth or the beginning of the sixth century.(picture 6) Pillars inscribed with a Latin cross are especially mentioned in this regard, as they are associated with the time of Justinian's Reconquest and influence of Ravenna-Byzantine tradition. (picture 4)

We do not know anything about the shape and appearance of the church of St. Andrew in Bošana and the early Christian church stone furniture reused during the construction of the cathedral in Biograd maybe just came from the church of St. Andrew. There are mentions that on the site Glavica in Biograd existed an old Christian church of St. Mary from the 6th century which was built as the first Christian church during the Byzantine Empire, when there was a fortress on the peninsula, which protected the Pašman channel and had a safe harbor Bošana. Church of St. Mary is marked as Phase I in the construction of the Biograd Cathedral which will experience its peak importance in the 11th century. It is therefore possible that the churches of St. Andrew and St. Mary were used as the source for the older stone church furniture built in the Biograd Cathedral in the 11th century. 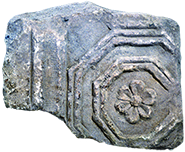 Support and participation in the project